Use of V & A Museum's cast-in channel

This three-story building is 18.4m high and has an extraordinary shape without a straight exterior wall. Visitors arrive at a sidewalk surrounded by water that passes through a tunnel.
The facade faces nearly 2,500 horizontal prefabricated panels to achieve a "cliff face".

V & A Dundee "floats" on the Tay waterfront, with the shape of an ocean liner and a prefabricated facade resembling a coastal cliff.
The new V & A Dundee Hotel will be one of the most spectacular buildings.

The unusual shape of the building is inclined inward and outward, and is composed of a mixed structural frame. Its core,

the inner and outer walls are reinforced concrete Structural steel is used on the first and second floors and on the roof. 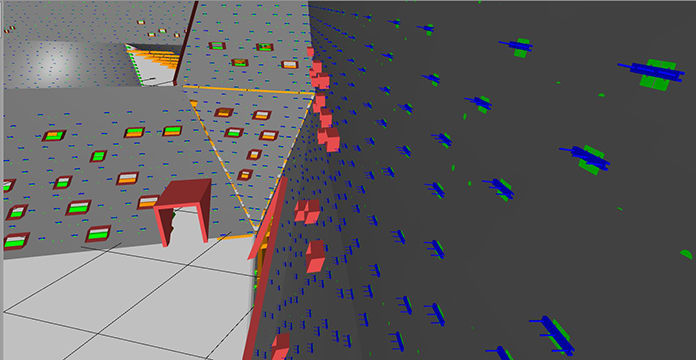 The shutters must be placed in a cast-in channel for the prefabricated stand. "The BIM model includes the coordinates of where these cast-in channels need to be placed," Boyd explained.


"The position of the cast-in channel in any direction must be accurate to within 2mm. Once this is done, a steel anchor is added, and finally we can install internal shutters.